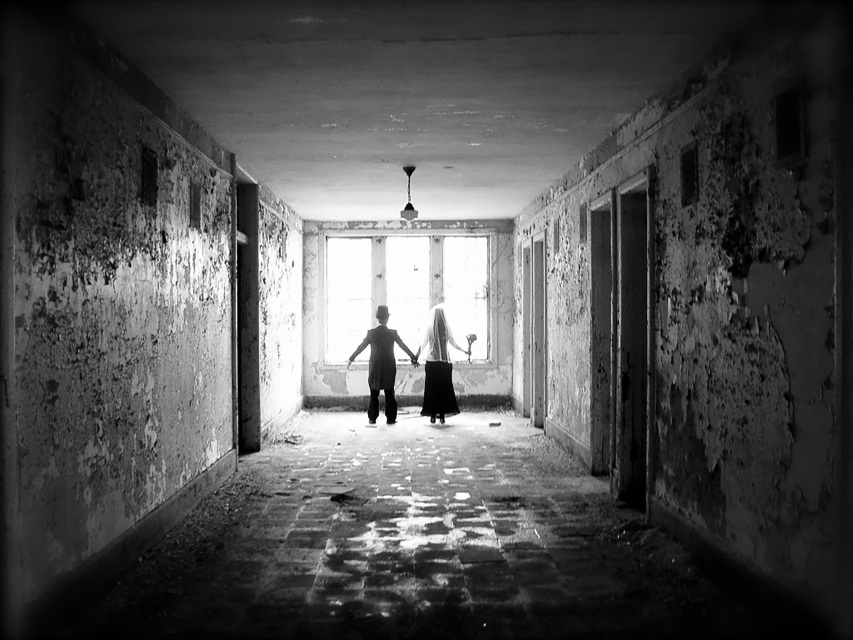 "Somewhere, in desolate, wind-swept space, in twilight land, in no man's land, two hurrying shapes met face to face and bade each other stand.

"And who are you?" cried one, a-gape, shuddering in the glimmering light.

"I know not," said the second shape, "I only died last night.”

What is the residual energy left over from connections, encounter and relationships when two people meet decades, centuries, millennia ago? Does it exist only in poems, literature, songs and memory? If so, is the kinship somehow still alive?

(From the "Asylum" series, a photographic journey into an abandoned Massachusetts insane asylum built in 1874.)

Abandoned spaces and conceptual figurative photography serve as the focus of Boston-based David Lee Black’s most recent series of photographs. Black has curated and juried several exhibitions and is a recipient of the Tullaloughan Fellowship in western Ireland. Artscope, Boston Voyager, Boston Herald and The Providence Journal are just a few publications that have featured his widely shown work. Black is represented by Galatea Fine Art Gallery in Boston, MA.